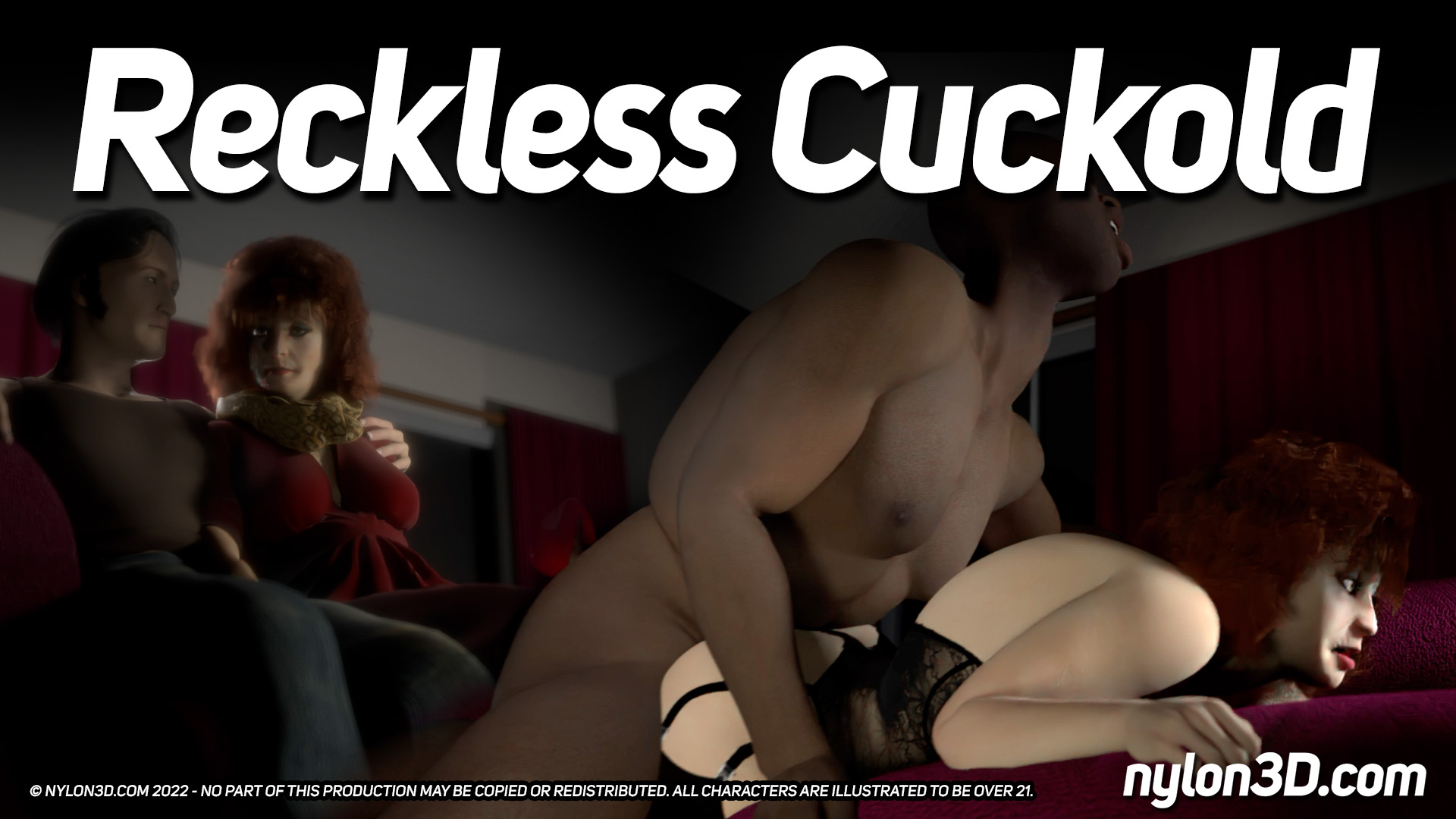 Alan and Marilyn have agreed to spice up their sex life by inviting an attractive, well hung guy around to their house. His cock is 12 inches long and he gives Marilyn the fuck of her life while Alan watches and later on, joins in. But they end up with more than they’d bargained for.

Marilyn is 56 years old and had been through two unsuccessful marriages before she met Alan. Alan is a few years younger. When they first met, they enjoyed a very loving, innocent sexual relationship together, but now, after getting married and having lived together for three years, things were starting to get a little more interesting.

Firstly Alan confessed to his wife, that in the past, he had used swinger contact magazines, and enjoyed watching his previous partners fucking other men. Marilyn also confessed that one of her long time fantasies, was to be fucked by a black guy. preferably a guy with a really big penis.

When the night arrived, Marilyn slipped into a pair of fully fashioned stockings and suspenders and a lovely red dress and sat on the couch waiting patiently. The doorbell rang and she felt butterflies in her stomach as the adrenalin kicked in. Alan went to welcome him through the door.

He walked into the room, sat down next to Marilyn and immediately started kissing her on the lips. She barely had time to register his enormous height, hands and feet, He was huge. Alan sat down in the chair and watched them explore each other.

Leon ran his hands up and down Marilyn’s smooth nylon thighs, making a soft swishing static noise. He wasted no time in extending his long fingers and slid them right up Marilyn’s wet pussy. She gasped and held him tighter.

He noticed that Alan was now jerking himself off slowly and so beckoned him over to humiliate him, by laughing at his little penis. He stood up next to him and pulled down his zipper. Slowly his massive hard cock was released and it pointed up at a 70º angle. It was gigantic and dwarfed Alan’s tiny dick. Marilyn’s eyes opened wide.

She went to hold it and found she couldn’t get her fingers all around the immense thick shaft. It was longer than her forearm, it had to be at least 12 inches. She had fallen under a spell.

As she wanked him off, it seemed to grow even more. She attempted to suck it, but could only get the very tip in her mouth.

They sat on the couch, Alan supporting her both physically and mentally, as this really was a scene to behold. Leon guided the giant schlong back and forwards, over her hairy mound. It reached way past her navel and up between her breasts. How the hell could you fit something like this inside her, it had to be impossible.

.or so she thought. Leon brought the tip of his cock to her pussy lips and started to push. Marilyn was dripping wet and her cunt seemed to open up to welcome this new king. Leon let his mammoth cock slide in further, but really it was just the end. It was already taking up more room than Alan’s little dick had ever taken. Leon pushed further and Marilyn moaned and then she screamed.

.Leon has pushed over halfway inside her and was now over seven inches in. But his giant girth was making this into an experience that Marilyn had never had before. She began to shake and her mind became clouded with intense pleasure.Huge black cock

Gently he slid the massive hulk of a cock in and out, in a slow, wave, but very gradually he began to go deeper and faster. She began to moan louder and breathe faster.

Now they were fucking hard and he was more than 9 inches inside. She entered into a long series of orgasms. It was a constant wave of orgasm, then disbelief at what was happening, intense pleasure, pain, pleasure, orgasm again.

He sat on the couch and she straddled him. She was only about 5ft 1, but her own weight was enough to push herself down all the way down his long shaft. She was taking his full 12 inches of cock, balls deep.

Alan couldn’t hold back any longer and he rammed his little dick into Marilyn’s ass, while Leon’s 12 inches was still inside her wet cunt. Alan bucked quickly and fired his spunk into Marilyn’s anus. And then he sat down again.

Leon pumped his 12 inch cock into Marilyn hard and fast, all the way in and all the way out. Then he spun her round on the couch and entered her from behind. He was thrusting likes steam train and she was screaming with orgasmic intensity. He was like some kind of sex robot, getting faster a 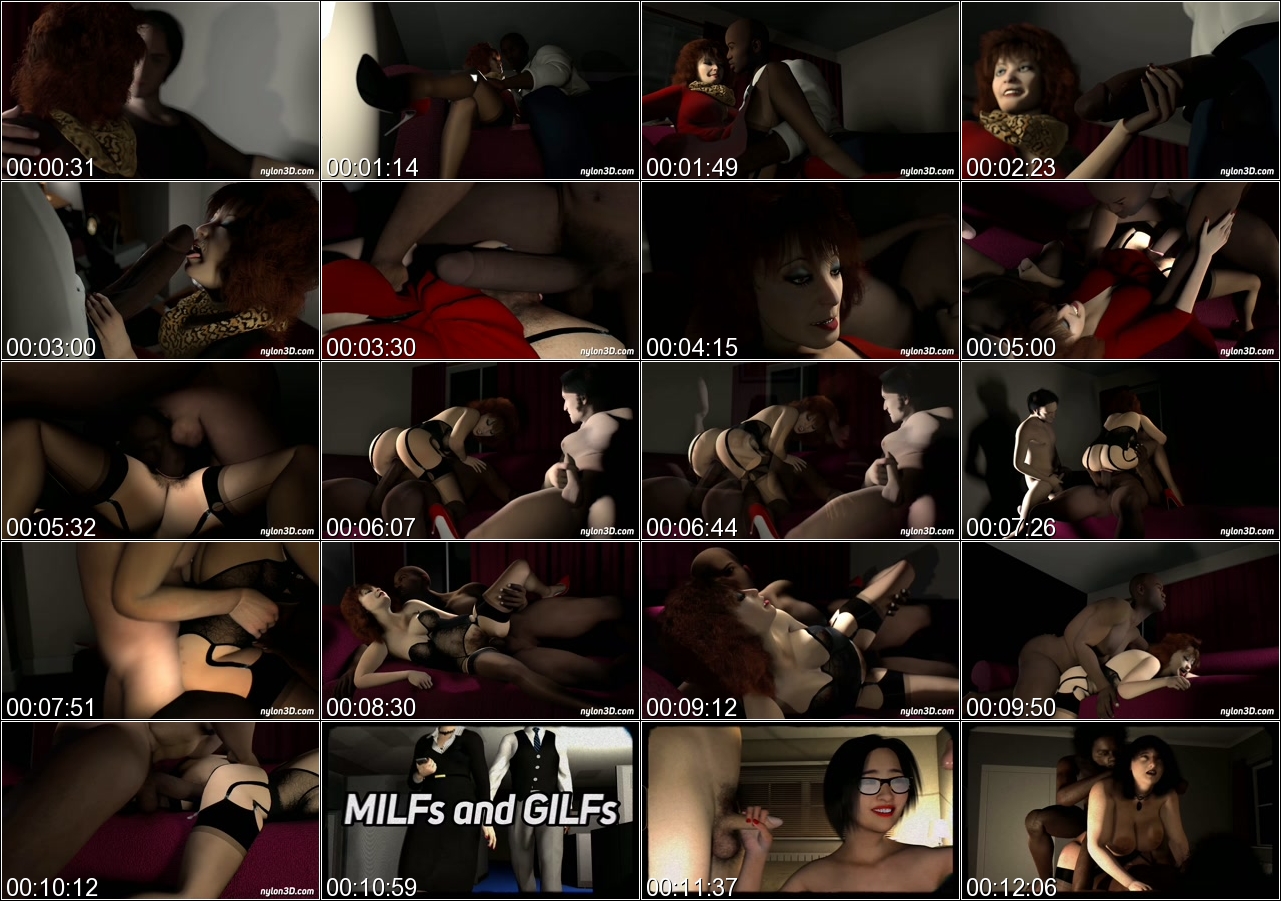