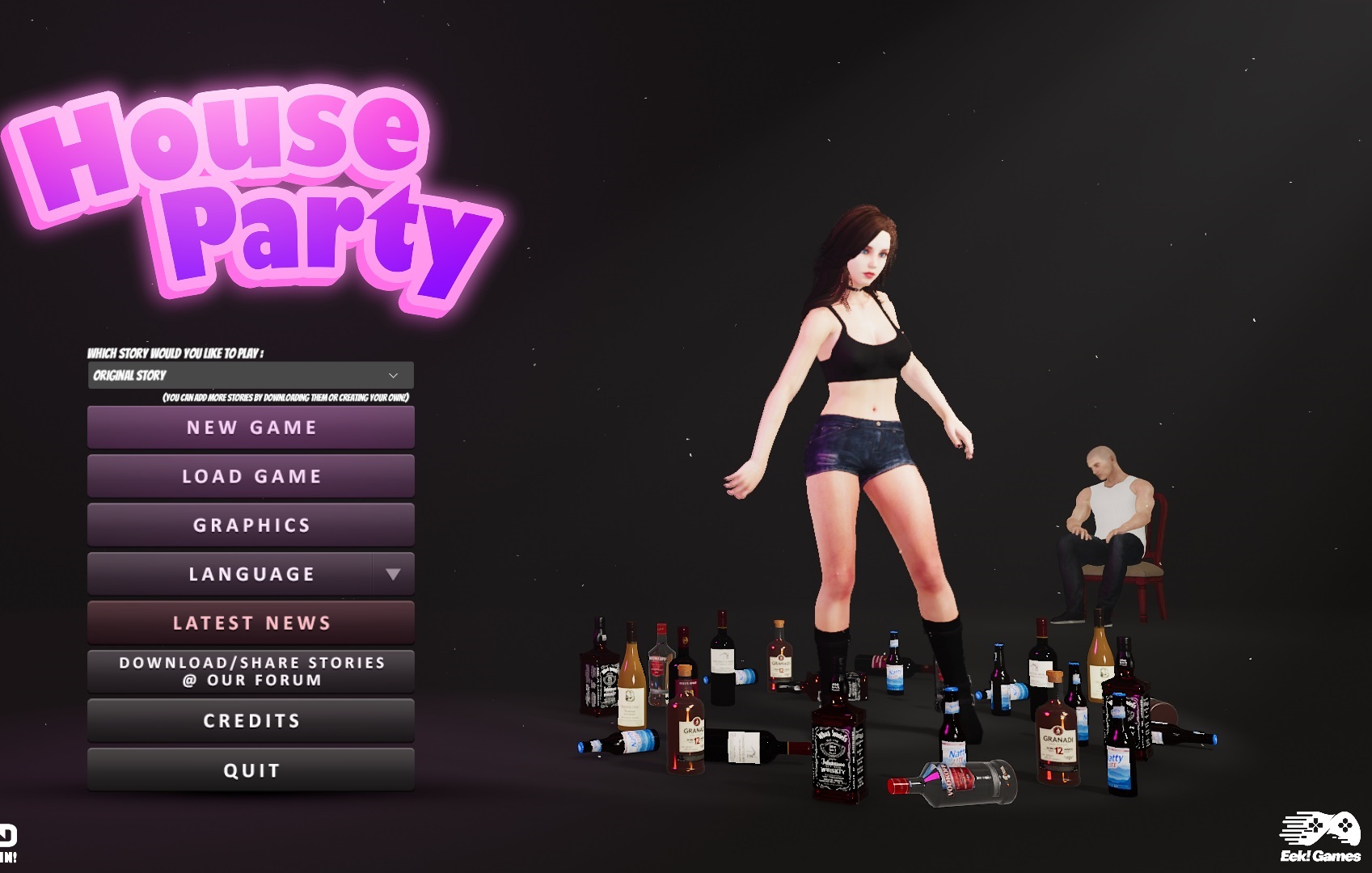 About this game:
The House Party game (which is available for free right now on the site mentioned below) is similar to a lot of the browser-based games where your choices influence your success as you progress in the game, but it plays like a first-person RPG with interactive game models, characters, and physics, like the aforementioned Leisure Suit Larry.
My inclination is to take these games in a much more raunchy direction than the LSL series however. The games will be ripe with foul language, nudity, and sex, but hopefully be just as funny and engaging.
There isn’t much of a story to play though right now, just a few objectives to complete while I work on the gameplay mechanics. There are multiple story-paths though and different outcomes based on your decisions.