Description:
Welcome to A Zombie’s Life! The story of a world plagued by a virus, that has killed all adult males, leaving only women, and young males alive. However they are not alone, for zombies stalk the streets seeking to turn them into zombies. You take the role of a young boy, who is a building a shelter so his mother and sister can survive the zombies that now plague the city.
On your travels you will meet other NPCs, who you can invite to your shelter and help protect. However the clock is constantly ticking, and you need to make sure you keep a good stock of food, medicine and other supplies. But be careful more zombies come out at night! You can send people at your shelter out to do quests, but the young male zombies are known to infect women in a very special way.
The game will be constantly expanded, adding new NPCs, encounters, scenes and story as time goes on. But the core mechanics of the game, very much like This War of Mine, allow the game a lot of re-playability and continuity. Ammunition will be scarce, so use it wisely (if you even find any!)

Changelog: Version:0.3.1
Bug Fixes:
*Fixed a MAJOR hidden bug with search chance (Seemed like everyone was having a 20% search chance)
*Fixed a bug so carrying weight increase immediately upon levelling up (instead of a few days later)
*Fixed a bug so that skill chance is also updated when levelling up Agility
*Due to the removal of encryption program (below) game should run properly for all users (as properly as any rpg maker game anyway)
*Stopped the UI from blocking out the menu when giving items
New Art:
* Aunt BJ Scene
* Aunt 69 Scene
* Aunt Riding Scene (Non-animated)
* Isabelle Bust
* Mom Kiss

Minor Changes:
* Removed one shot crafting items from list such as advanced work bench when you craft them
* Isabelle now requires only 15 items of any combination to unlock her quest. Medicine counts as 2 items. (All items given in old saves are accounted for.)
* Zombies no longer pause when searching
* Zombies now pause when speech occurs
* Picture of NPC in menu changes based on romance level
* Swap bed and go scavenging with me options have been removed
* Removed TV/Radio from game 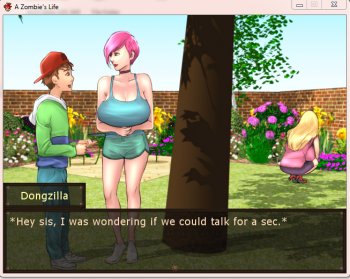 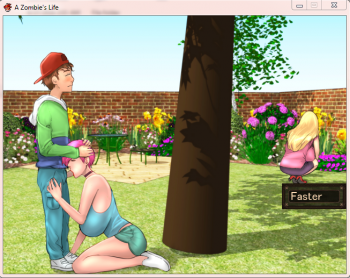 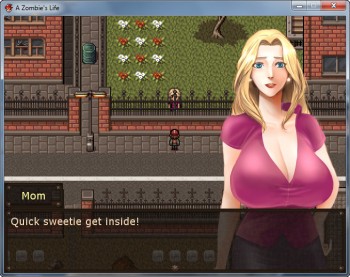 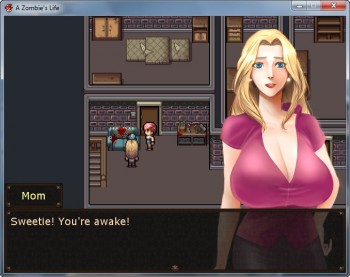