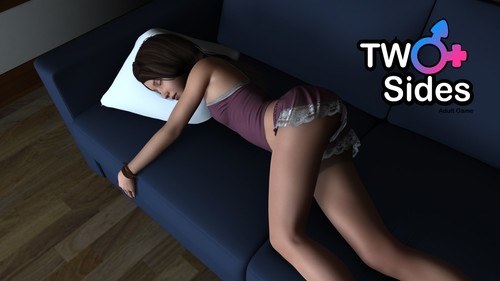 Description:
Two Sides is an Adult Game based on a story about a young man who decides to try his luck in a big city. The problem is that in one of his jobs to get money to keep up, he ends up acquiring the ability (or curse) to change his gender, voluntarily or randomly according to his level of masculine or feminine excitement.

The difference of this game is that it focuses on the principles of each player. During the game, the player can decide on the actions of the main character, putting his or her principles, goals and tastes into their decisions, conquering older or younger girls, attempting an incestuous romance, heterosexual, gay or both, becoming a rapist or the victim of one.

The possibilities will be many, and with each update, I will be bringing a series of new events and choices that may lead you to different endings. Along with a rich and flexible story I will also try to bring an immersion in terms of gameplay and interaction, especially in sex scenes.