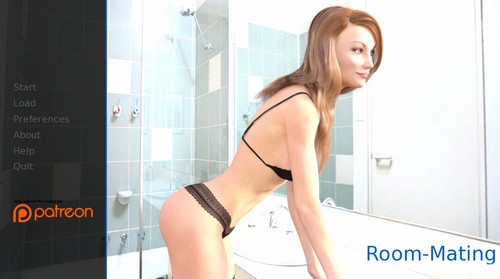 Description:
You play as some dude, that get’s to live with three babes. One is a student, one a working woman and one your landlord. You can spy on them and build up your relationship. Very bare-bones, takes about 2 minutes to see everything it has for now.