About This Game:
A role playing game for adults that will combine elements from Skyrim, Fable, and Corruption of Champions.

Changelog v1.6
-The minotaur is roughly in the game. He needs a full set of new animations still. The retargeting on his placeholder animations didn’t go so well and his feet have trouble touching the ground.
-Dynamic spawners are in the game and should be working properly now. Enemies that are dynamically spawned and then defeated will respawn at that same location after a day or two of ingame time has passed. This is the most basic gameplay loop. The player can leave town, defeat enemies, take their gold, then return to town to heal and wait for the enemies to respawn, and then repeat the entire process.
-Lots of environment work. The rough blockout for an old mine has been started and gets progressively rougher the deeper into the mine you go.
-The first quest has been started. To try testing it out for yourself speak to the bartender in the tavern. Only two solution paths are currently implemented – the player can solve the quest through dialogue or through violence. The quest ends when the girl teleports back to the tavern. I still need to do the after effects, faction relation changes, quest rewards, and all that sort of stuff.
-Quests have dialogue hooks, separate quest stages, a new functional tab on the players’ inventory screen, plus some other stuff I’m sure to be forgetting.
-Factions have gotten a bit of love and for testing purposes in this build attacking ANY character will decrease standing with that character’s faction. When the faction reaches a negative enough level members of that faction will attack on sight.
-Imps have facial expressions ready but still need sex animations and scenes.
-Title screen should display the character from the most recent saved game.
-Saves still don’t work between versions – yet! I’m working on a character export/ import system that should work in the short term so people won’t have to keep recreating characters each new build. Then hopefully I can figure out how to make the saves carry over without to much hardcoding stuff.
-The narrative sex scenes aren’t completely ready yet. They tie in with so many other triggers and character behaviors that I disabled them to not completely break the current sex scene functionality.
-Adjusted running speed, sprint speed, and ducking movement speed. I’ll keep tweaking these numbers to find something that feels “right” plus at some point I’ll give them proper animations. There still isn’t a cap on stamina use though – just to save people some time running around and looking at the new content.
-Trading systems and UI should all be working. Items will cost gold and can be sold for gold. 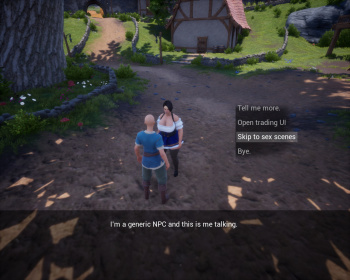 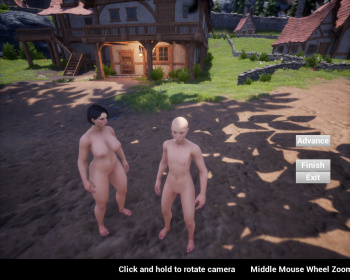 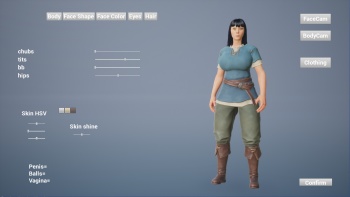 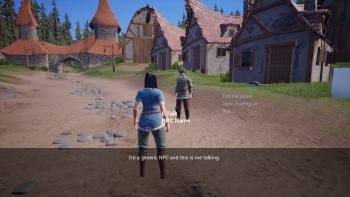 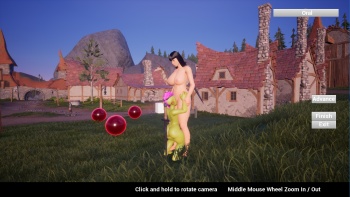 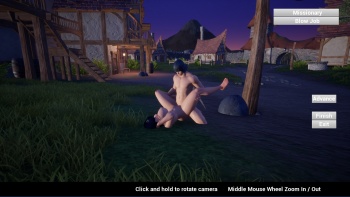 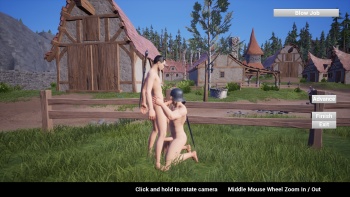 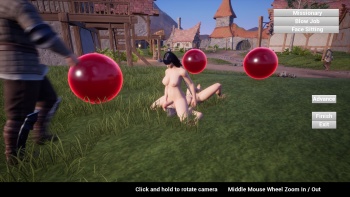