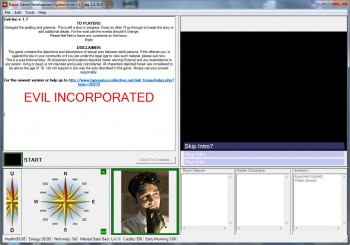 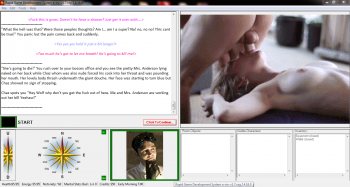 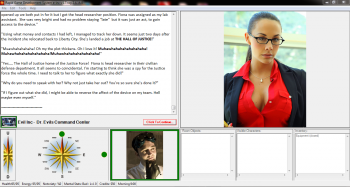 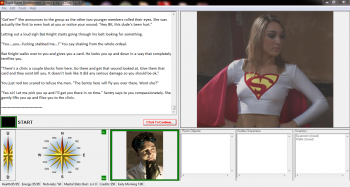 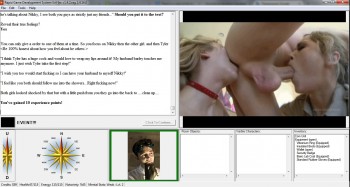 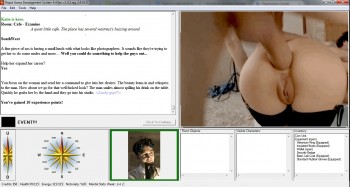 Description:
The story has a Sci-Fi theme and is set in a parallel universe where a meteor hit the planet years ago and it gave birth to a race of super humans. Your characters name is Steven Wolf and you were head of R&D at AEON, the leading weapons manufacturer in the world. One day you and your team was working on a device and suddenly an event occurs that ends up killing your team and putting you into a coma. Upon waking you realize who must of done it and decide you must have revenge! Unfortunately the killer is currently hiding with the Justice Force, a team of super humans that have teamed up to fight evil. Knowing that the killer is untouchable while working for the JF, you decide the only plan of attack is to join the opposition and bring them all down. And you know just the man to help you with your plan…..Muawhahahahaha!

Changelog Version 1.7:
+Added a new Exp leveling curve. No longer just taking your previous exp * 1.3 It no longer super crazy high in later levels
+added a day night system for most location.
+Added a time var to keep track of day and night. eventually would like to make time specific events but so far I havent.
+Add more Justice Force Members to fight after you reach level 10 and up. My advice spend credits on weapons and armor. The games justice force fights will be much harder once you reach this point.
+Rewrote the story and intro to include the area around Liberty City. I added three more settlements to the game but there isnt any access to them yet. Next update after I populate the towns and sprinkle in a few quest. The three new settlements are called Deacon, Briarbark, and Blue Leaf.
+I would highly recomend replaying the intro. Much has changed.
+In the process of adding more JF members to the city, the intro will give you a taste of what I have coming.
+Added to the erotic random encounters. Originally had 19 now I have 32. I actually have 50 total but I have only completed 32 so far. I will finish the next 18 for next update. These always take me so fucking long….
+I rewrote a lot of the original random encounters so you arent so powerfull. Trying to stick to certain conditions to push someone to do something. Less controling their will and more conving them this is what they want.
+Added a local news in the game. Now your com unit gets the news at certain times reporting on all the Justice Force activity in the game. I call them newsflashes. I plan on expanding them but so far have 3 and they come up pretty early in game. They consist of three anchors reporting news from around the city. I have plans for these three and move their broadcast center to the city gates.
+I rewrote the entire Capture script for NPCs. Hard to explain but the capture system works 100 times better. So does the random placement of NPCs. No more missing NPC’s when you only need to capture one more in a certain area. This whole thing took forever.
+Gotta catch em all quest now requires you to capture 50 targets. They are located in your Apartment building, LC East, LC West, LC General, College Campus, College Gym, Colleg Libarary, and the Mall.
+With the addition to the time variable I also added a wait action for the player. It will advance time and replace the NPC in the room if there are any.
+Also expanded the Main Characters backstory, Your from a big family, your sister Emily lives in the LC with her fiance Mark. I added a sceen fo them and plan more to come. They live in your apartment building also. Play intro for it to make sense.
+I renamed a few of the charchters as well. Like Super Chick is now The Sentry and Americana is now Starry Night. I also changed her actress in hopes of having more material to work with. The data base on your Lab PC is not updated…. just remembered….
+Also several new JF member in the game have different names in the game than they do in real life. This will make sense when you play the intro.