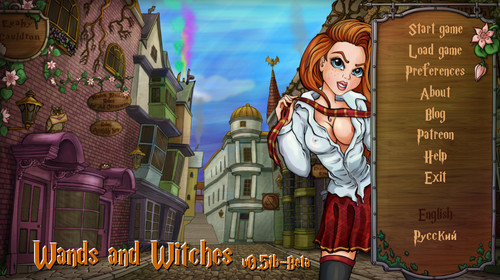 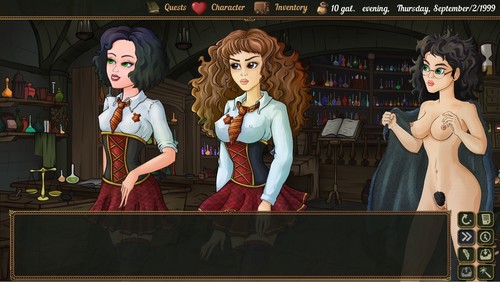 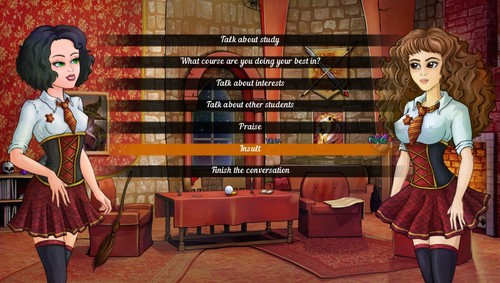 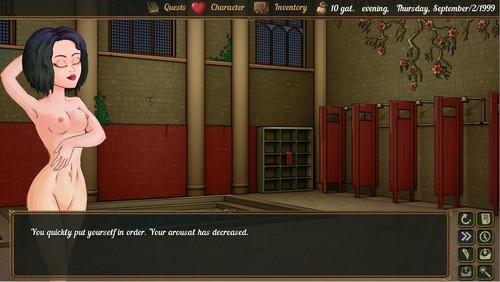 Description:
When you turned 18, you received a letter with an invitation to the Hogwarts University of Witchcraft and Wizardry. Because magic is not for children!​

“Prologue” event with 5000+ words.
– Role playing system.
– You can choose the gender of your character. i.e. You can play as either a male or a female student.
– The player character will not be a canonical character from within the Harry Potter universe. However, the other characters are, although they may be a bit “out of character”.
– Hand drawn pictures made in the original style.
– You can enroll in any of the houses. The Sorting Hat makes its decision depending on what you did in the prologue.

Change-Log:V0.51
– Almost all the new backgrounds are animated now.
– Added new events, mid-terms. The game is expanded to 2000 words.
– The game time is extended until the end of November.
– Redesigned player character’s sprites. Now he/she has both hands and lots of poses.
– Added random encouters at dating place.